To keep up with my weekly dev journal blog, here's a short post on something I whipped up today. I thought it would be neat to have a way of seeing how performant my systems were in gameplay. 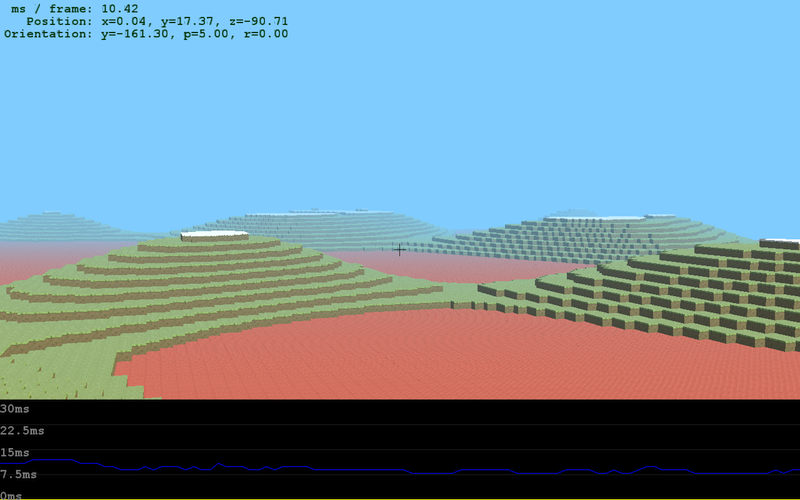 I know, I know. It's not particularly sexy, but it gets the job done. It's also poorly implemented, but I wanted to stop taking so much care in everything I do and start getting things done. The only system that has any level of computation (the blue line that you see) is the window system, and that's because its update function does a buffer swap.

It was actually quite easy to get this system up and running. I have a benchmark system that hooks into the system start/end update events. When an update ends, I compute the duration and add it to a scratch buffer. Periodically I find the maximum sample from that list, add it to a public-facing list, and clear out the scratch buffer.

Some things I want to get done within the next week or two:

It's a long weekend though, so who knows. Maybe I'll have a new entry in a couple of days.

‹ Newer: To Infinity...And Beyond!
Older: Unit Testing and Texture Builder ›